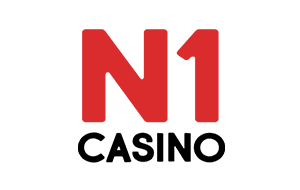 N1 Casino is not available in your country. Please try:
Deposit methods

N1 Casino is available only in countries where gambling is considered a legal activity. Unfortunately, there are many countries that prohibit gambling and if you reside in one of them you will not be able to create an account.

Planet of the Apes is not available in Azerbaijan, China, India, Malaysia, Qatar, Thailand, Turkey, Ukraine, and Russia.

Narcos Video Slot is not available in the following territories: China, Indonesia, and South Korea.

Players from the following countries are not eligible to win any jackpots from jackpot games offered by NetEnt (such as but not limited to Mega Fortune): Australia, Azerbaijan, China, Denmark, India, Israel, Italy, Japan, Malaysia, Qatar, Russia, Spain, Thailand, Tunisia, Turkey, Ukraine. The Casino will make reasonable efforts to prevent players from these countries to reach the games, but if players from any of the stated countries would win the jackpot, the jackpot win will be annulled. Players from Australia are not eligible to play the games from Amatic.

Conan Video Slot is not available in the following territories: China.

Here is a full list of restricted countries for N1 Casino: